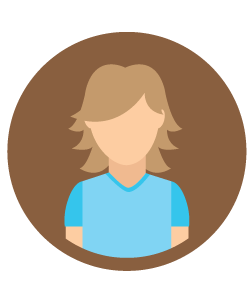 Hello, my name is Janet and this is my vet blog. I live in Western Australia with my husband and our house full of dogs, cats and other animals. When I was younger, I was never much of an animal person. When my kids were little and they wanted a puppy I always said no and bought them toy animals instead. However, all that changed one day when I found a stray cat in the street. The little thing looked so afraid. I took him to the emergency vet who checked him out and then I took my new pet cat home. Since then, I have fallen in love with animals and learned all kinds of neat things from my local vet. I hope you enjoy my blog!

Here are two tips that every first-time dog owner should try to follow.

If a dog owner initially puts their dog on a particular diet of, for example, kibble, and then rethinks this decision and decides that their pet might do better on a diet featuring a mix of fresh meat and tinned dog food, they should not make this switchover without giving their vet a call first. The reason for this is that their vet, who has access to their pet's medical records and who has examined the dog during previous appointments, might be able to offer some information regarding this matter, that a first-time dog owner might not know about, which could make the diet switch easier and safer.

For example, if the vet knows that the dog has a particularly sensitive digestive tract, they might advise the owner not to give the dog lightly-cooked meats (as these might upset their stomach if they already have digestive issues) but to instead give them meats that have been thoroughly cooked. They might also recommend making the change in a gradual way, by slowly reducing the amount of kibble in the dog's meals and slowly increasing the amount of meat and tinned dog food in them. This will be less likely to shock the dog's digestive system and will also be less likely to result in them refusing to eat their meals, due to not wanting to eat unfamiliar foods.

When a person who has never had a pet dog before gets their first dog, they might find themselves confused or even concerned about some of their dog's behaviours and might not know how to address their behavioural issues. Whilst it's reasonable for a person in this situation to initially look online for advice on this subject, it's important for them not to use this advice as a replacement for advice from their vet.

The reason for this is that sometimes, a dog's behavioural issues are the result of underlying health issues that need to be resolved. For example, if a dog owner is trying to teach their new dog to give the paw, and the dog is not only refusing to do this but gets aggressive when the owner tries to gently lift their paw to teach them this trick, this might not be a behavioural issue. Instead, it might be caused by the dog having, for instance, osteoarthritis that is affecting their elbows and makes it painful for them to lift their paw.

As such, in this situation, the dog owner should not persist with using generic tips given by dog behaviourists, as this would result in their dog's health issues going untreated for longer. Instead, they should have a chat with their vet and bring their dog in for an examination so that the vet can run tests and find out if the dog needs medication or other treatments.